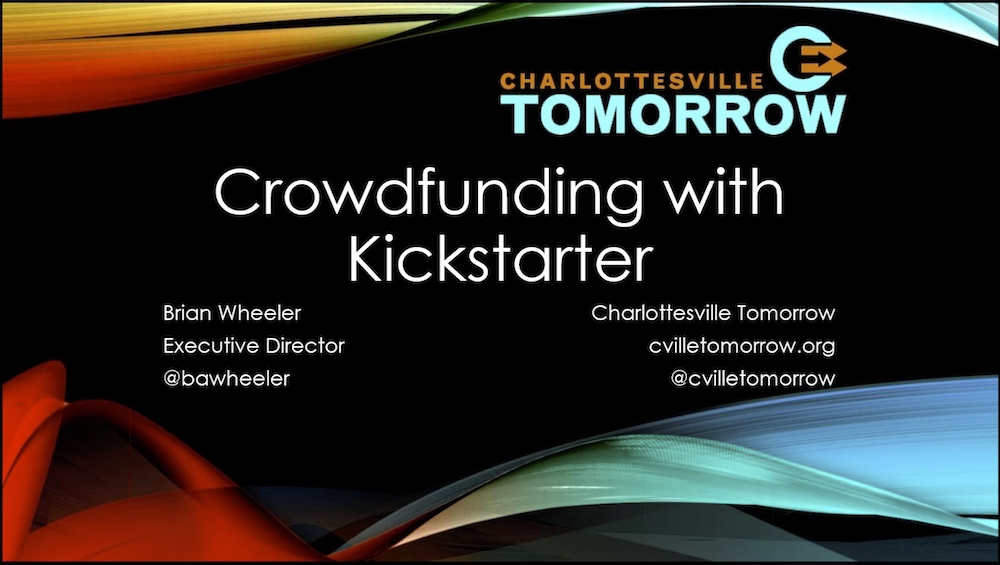 Crowdfunding has become an increasingly important source of financial support for independent local journalism, and can also strengthen a news site's connection to and engagement with readers and the community.

Three LION members  —  Brian Wheeler of Charlottesville Tomorrow, Dylan Smith of the Tucson Sentinel, and Traven Rice of The Lo-Down in New York City's Lower East Side  —  spoke July 8 about their successes and failures with crowdfunding special projects, new technology, and even an additional reporter.

The webinar was the fifth in LION's monthly series.

The Tucson Sentinel raised more than $13,000 in a Kickstarter campaign for a project to photograph the entire Arizona-Mexico border.

The Lo-Down raised more than $27,000 to launch a year-long reporting initiative to find solutions for the long-term survival small businesses on the Lower East Side.

CLICK HERE TO WATCH THE REPLAY. (You will need to fill in your name and email.)

Wheeler's slides from the webinar are here: www.cvilletomorrow.org/page/lion

Wheeler and Smith also spoke on the crowdfunding at LION's conference in Philadelphia in June.